The Dangers of Toxic Mold 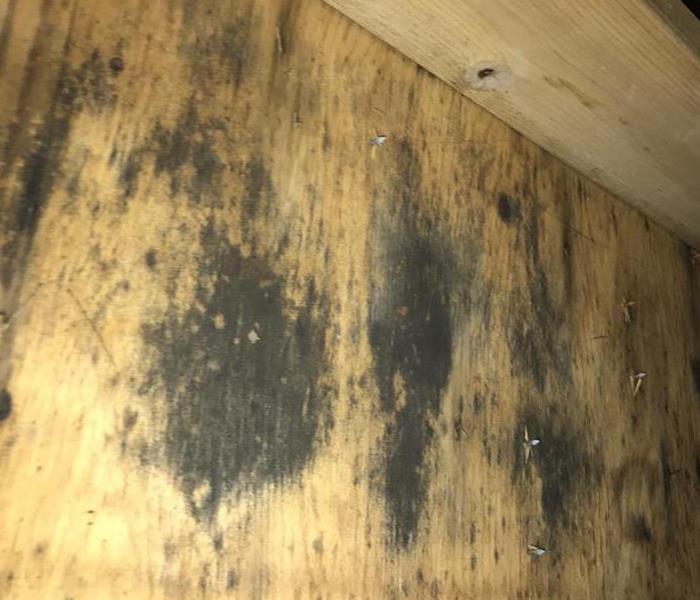 Stachybotrys chartarum (SC)7 is a greenish black mold that grows on material with high cellulose content, such as wood, straw, hay, wicker, cardboard, fiberboard, etc., particularly when these materials become water-damaged. It needs a good deal of dampness to flourish. According to Mold-Help.org,8 the toxic effects of Stachybotrys chartarum were first reported in the 1920s in Russia when horses and cattle that had eaten moldy hay began dying. The "Yellow Rain" attacks in Southeast Asia in the 1970s were associated with aerosolized trichothecenes, the type of mycotoxin produced by this highly toxic type of mold.

SC is typically dark in color and wet and slimy to the touch. It can also appear grayish or sooty, with a powdery appearance.

However, it's important to remember that molds cannot be identified visuallyâ€”many molds are similar in appearance.

Cladosporium, Aspergillus, Alternaria, and Drechslera, can be mistaken for Stachybotrys. The only definitive way to identify a species is by examination of the spores under a microscope, which is why professional testing is so important.

"Most people are not aware that harmful molds come in a variety of colorsâ€”they can be white, or orange, or blue, for instance. The color of a mold generally has to do with the spores it produces, and has no bearing on whether it is dangerous or not. There are some white molds that grow on walls and other surfaces that can be just as bad as the harmful black molds."

Mycotoxin poisoning by Stachybotrys is referred to as stachybotryotoxicosis. In animal studies, trichothecenes are 40 times more toxic when inhaled than when ingested orally. But even if SC is present in your environment, you may not be at risk because it may not be currently releasing toxins.

"Laboratory studies indicate that molds such as Stachybotrys that have the ability to produce toxins do not always do so. Whether a mold produces a toxin while growing in a building may depend on what the mold is growing on, conditions such as temperature, food, pH, humidity or other unknown factors. When mycotoxins are present, they occur on spores and the small mold fragments that may be released into the air."

The spores from SC can survive temperatures up to 500 degrees F, as well as surviving caustic agents like bleach and acid. According to Dr. Michael Gray, spores from molds removed from two million year-old sedimentary rocks have grown when placed in a favorable media!